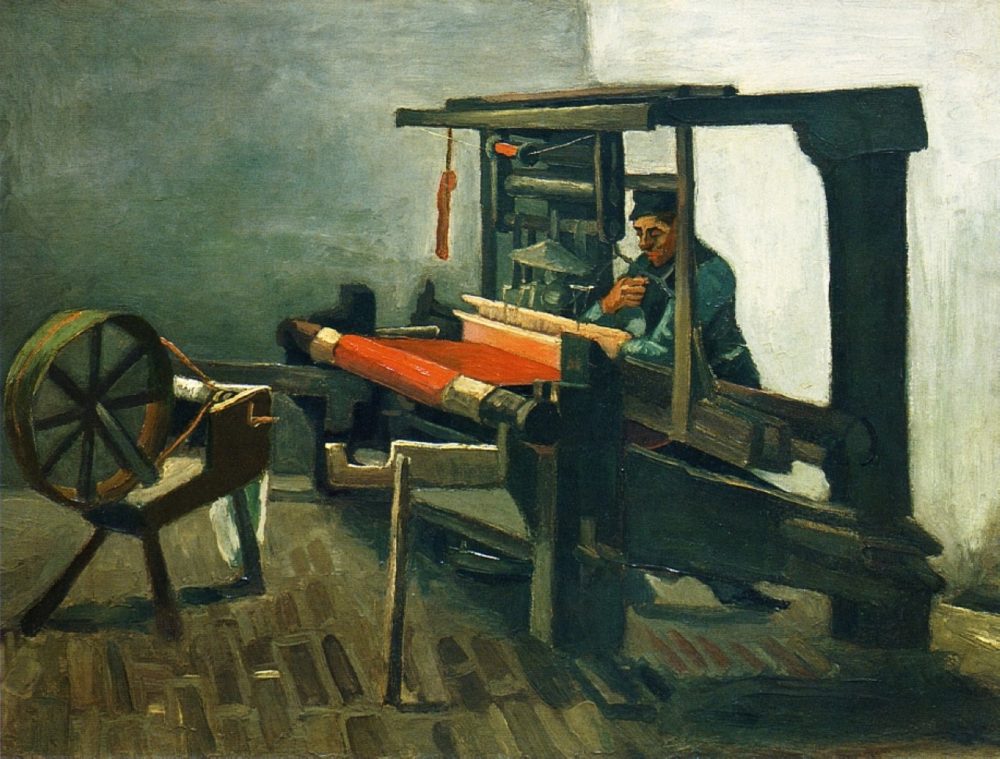 Sermon for the Seventh Sunday of Easter

‘I have manifested your name.’

A weaver makes of many threads one cloth.

We now enter in the great prayer of Christ to His Father, and yet it seems filled with confusion, repetition, or perhaps mystery.

He seems to speak of many things, many subjects that weave in and out of one another. But as many threads once woven together are one, so it is that the Lord here speaks of only one thing, as it were, by many threads. He speaks of the coming of the hour of His glory. He speaks of His death on the cross.

It is strange that we, on the last Sunday of Easter, the last Sunday of the Season devoted to the Resurrection, that we should return to the topic of Christ’s death; for these are two very different things, two different subjects. But the Lord weaves them together, that two threads might be one: that death and resurrection might be indistinguishable, for the resurrection has overcome death, even as in Christ, His glory has consumed His Passion.

What is this mystery we recall? That the eternal God, ever present and omnipotent, has become a Son of Man; that He has been tempted in every way even as we have, yet without sin, that He hungers, even if only for bread in the desert, and righteousness in the city; that He thirsts, if only for gall and vinegar upon the cross, and but a touch of the water of redemption in hell.

He descended into hell. There to preach to those spirits kept in bondage in the days of Noah, there to bind the strong man. And Behold, having declared for three days eternal victory to the imprisoned souls, He rose again from the dead, a Son of Man, filled with the glory of God; the Son of God, bearing the flesh of man. The glory of God which he did not count a thing to be grasped. The flesh a man, over which he has been given all authority.

What then, have we seen? God has been made man, that man might become God. Heaven has descended to earth, that earth might be assumed into heaven. The Christ has worked, that there may be rest. Revelation has been made, that ignorance might be abolished. The realm of the dead has been visited by Him Who is life, that life might be given to those who wander in death. The Lord of Glory was punished in justice, taking on the sin of man, that the Lord of Glory may forgive in mercy, bestowing the peace of the Father. Justice and mercy kiss one another.

And having brought together toil into rest, confusion into knowledge, death into life, justice into mercy, sin into forgiveness, sinful flesh into sinless divinity, The Lord soon, in His Ascension into Heaven, shall bring that which is created, the mortal body of man, into the city of uncreated light.

In Christ, every contradiction is resolved, every conflict pacified, every paradox explained; all things made one.

A weaver makes of many threads one cloth.

All this, Christ has done ‘to manifest the name of the Father.’ For it is the Father’s name, that is, it is the very essence of Him Who Is to not merely be, but to be forever with those whom He has created, to be in those whom He has loved. The name revealed to Mary and Joseph completes the name revealed to Moses. For Moses was told that God was to be known as ‘I AM’, but the name ‘Jesus’ means ‘I AM SAVES’, and all this, that as the angel declared, His last name might ever be on our tongue and upon our lips in this unending song of praise ‘I AM THAT SAVES AM WITH YOU’, for you shall call His name Immanuel.

‘The Lord shall place His name upon you’ for you shall wear His name, granted you by holy water, as a garment, to cover all your iniquity; to array you more brightly than all the angels; a garment as white as heaven, and as profound as God; composed of all the madness and absurdity of this life, formed into one harmonious whole; one seamless wedding robe, that we may enter the Feast.

For a weaver makes of many threads one cloth.