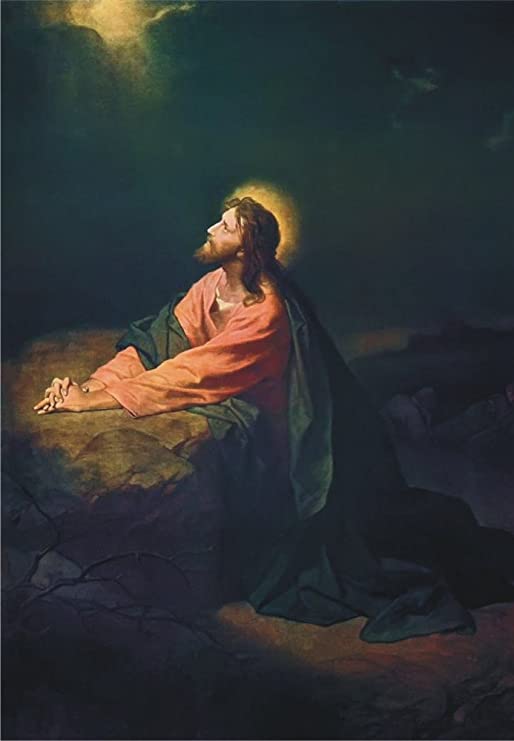 Sermon for the Seventeenth Sunday after Pentecost

In the parable we read that two sons are asked by their father to go to work in his vineyard. One son refused, but afterward repented and went to work after all. The other son said yes, but in fact never went the way of obedience. And before we go any further, perhaps we should remember who Jesus is speaking to here… What is He trying to do, and who might these “two sons” be?

Well, it just so happens that Jesus was talking to those men who would have Him crucified by the end of the week… It was Holy Week, and Jesus had been cornered by the chief priests and elders of the people who had a gripe with Him. They had issues with power and control – After all, they thought they had it, and they didn’t want to share it. They didn’t like Jesus calling the shots. They didn’t like Him having His way around the temple, preaching and healing and stealing the show! And they really didn’t like Him turning the place upside down! So they asked, “Who gave You the authority to come in here, busting the place up, turning over tables and getting everyone so worked up? Just who do You think You are, anyway?”

To which Jesus, employing standard issue, Messianic, turn the tables strategy replied, “Where do you think John the Baptist got his authority? “Did John’s baptism come from God or from man (Mat 21:25)?” And with that, the Pharisees found themselves in a pickle – Because to answer the question, they either had to repent and agree that John’s authority WAS from God, or they had to stand their ground and deny it. But the fact is, they had already taken their stand against John’s “God given authority” by wrongly rejecting his baptism. And if they changed their mind now, they’d look like a bunch of fools and loose face. However, if they say that John was merely a man acting on his own authority, they’d lose even more credibility with all those folks who were convinced that John was indeed a holy prophet sent by God.

So what could they do? Well, in a lose-lose situation, they did what any 3rd grader in trouble would do – they said, “We don’t know…” In other words, they refused to repent and to get on board with God’s authority – They refused to ditch their pride and confess their sin and unbelief, and chose instead to harden their hearts and close their eyes to the truth of what John and Jesus had been preaching all along: namely, that the Kingdom of Heaven had indeed come in the person and work of Jesus Christ, and that salvation was theirs by way of repentance and the forgiveness of sins. And the sad thing is, as long as they refused to repent, it wouldn’t make any difference how Jesus answered their question about His own authority. For without repentance, they would continue blowing Him off the same way they blew John off…

The problem, of course, is that time was running out. And if these boys didn’t snap out of their foolish pride and come to true repentance through faith in Jesus, they were headed for an eternity of grief. Which is why Jesus told them the one about the two sons who were asked by their father to work in his vineyard. He was reaching out to them, seeking to rescue them from their sin. For as we just read from Ezekiel, the LORD takes no pleasure in the death of anyone, but rather that they turn from their ways and live (Eze 18:32). The time had come to turn these boneheads from their hard-hearted ways – It was time for one last “wake-up” call to get them to open their eyes and to see the gifts and THE GIVER staring them in the face. It was time to show these self-righteous, super-religious “Yes-men” – who were in fact faithless “No-men” – that it was not too late to turn back – to repent – to acknowledge John’s authority, and Jesus’ authority, and therefore the Father’s authority, so that they might take their place in the vineyard.

So Jesus said, “A man had two sons… and he went to each of them and asked them to work in his vineyard. One said “Yes” and the other said “No.” And right away, it appears we have a winner and a loser – an obedient son who pleases the father, and a bad boy who deserves a good spanking. Of course, the self-proclaimed winners in the crowd – the Pharisees and Elders and you and me – are all nodding along, congratulating ourselves for our willing obedience and our determination to serve the Lord, right? But suddenly the story takes a gruesome and revealing twist, for we discover that the apparent winner is actually a loser – that the one who said Yes, like you and me and the religious Yes-men that Jesus was speaking to, never actually submitted to the Father’s commands. Instead, the yes-man was hell-bent on going his own way apart from the father, doing what he wanted, when he wanted… On the other hand, the bad boy who said “no” actually had a change of heart and ultimately turned back to the vineyard. And just like that, the one who seemed so disobedient and vile like your average tax collector, prostitute or other garden-variety sinner, ultimately finds himself secure in his father’s kingdom, doing just what his father wants him to do.

And so the question is, which of these sons actually walked the “Yes” of obedience to his father’s authority, and which one went the way of “NO,” going his own way apart from the father?

The answer, of course, should be obvious – which is why, to everyone who refuses to acknowledge the father’s authority– to everyone who continues their own way apart from the Father, Jesus says “Listen… It’s not too late… YOU can turn back. YOU can turn from your sin and your selfish ways. YOU can turn from your “no” and come back to God’s “Yes.” For the door has been opened for you, too, and the Father really does want you with Him on this. I mean, look around you… Even the tax collectors and prostitutes are turning through repentance to be welcomed into the Kingdom of heaven. The “no” of their miserable lives and all their sorry mistakes has been turned to “Yes” through repentance and the forgiveness of sins. So what are you waiting for? Confess YOUR sin – Let go of that foolish independent pride you’ve been clinging to, and believe and trust that God’s Yes is for YOU!”

THAT’S all Jesus wants. He wants everybody in, and nobody out. And that’s the whole point of the parable: Nothing pleases the Father more than having His wayward, disobedient children return to His vineyard – you and me included! For the gate has been opened in Christ crucified and risen, and now He’s waiting with the open arms of grace to receive you back.

That is why, when you have sinned – when you have said “no” to the Father by making bad, self-serving, unloving choices, simply turn back in repentance to receive His forgiveness. In these turbulent times, don’t get all wrapped up in the power struggles, the hatred, the divisions, taking sides and hurting one another, murdering one another in your hearts… Come back to the vineyard where the Father can have good use of you to perform the loving service of your vocations for the life of the world. Confess your sin and take your place with the good son – NOT the son in this parable, but with the Son who TELLS the parable; the Son who came from the Father and not only said “YES” to His Father’s will, but actually went on to DO the Father’s will – to do the heavy lifting – to make that sacrifice for you and for your salvation. For in God’s Son Jesus Christ, there wasn’t a “no then a yes” or a “yes then a no,” but only Yes and Yes – It was “YES” that prayed, “Father, not my will but yours be done;” It was “YES” who, “being in very nature God, did not consider equality with God something to be grasped,  but made himself nothing, taking the very nature of a servant, humbling himself and becoming obedient to death– even death on a cross (Philippians 2:6-8) in order to become God’s Yes for you – His Yes for your forgiveness.

And that’s really good news… For if the truth be told, you were born a “NO;” you came into the world a “no,” a lost and condemned person, dead in your trespasses and sins. But because of Christ’s Yes, as St. Paul writes, “God, who is rich in mercy, has made YOU alive with Christ even when you were dead in transgressions (Eph 2:4-5). YOU are now God’s workmanship, created in Christ Jesus to do good works  (Eph 2:10) – to DO the “yes” of obedient discipleship – to BE the “yes” of a new creation in Christ through your Baptism, to LIVE the “yes” of His righteousness that you receive here in His Body and Blood for your forgiveness, life, and salvation.

Through repentance, all of your Christian life becomes “Yes” to the Father; Yes to His authority; Yes to His Word; Yes to His will for your life and the work He has given you to do; Yes to His gifts: Yes to your Baptism; Yes to His body and blood poured out for you from the cross; Yes to life everlasting – In the Name of Jesus. Amen.