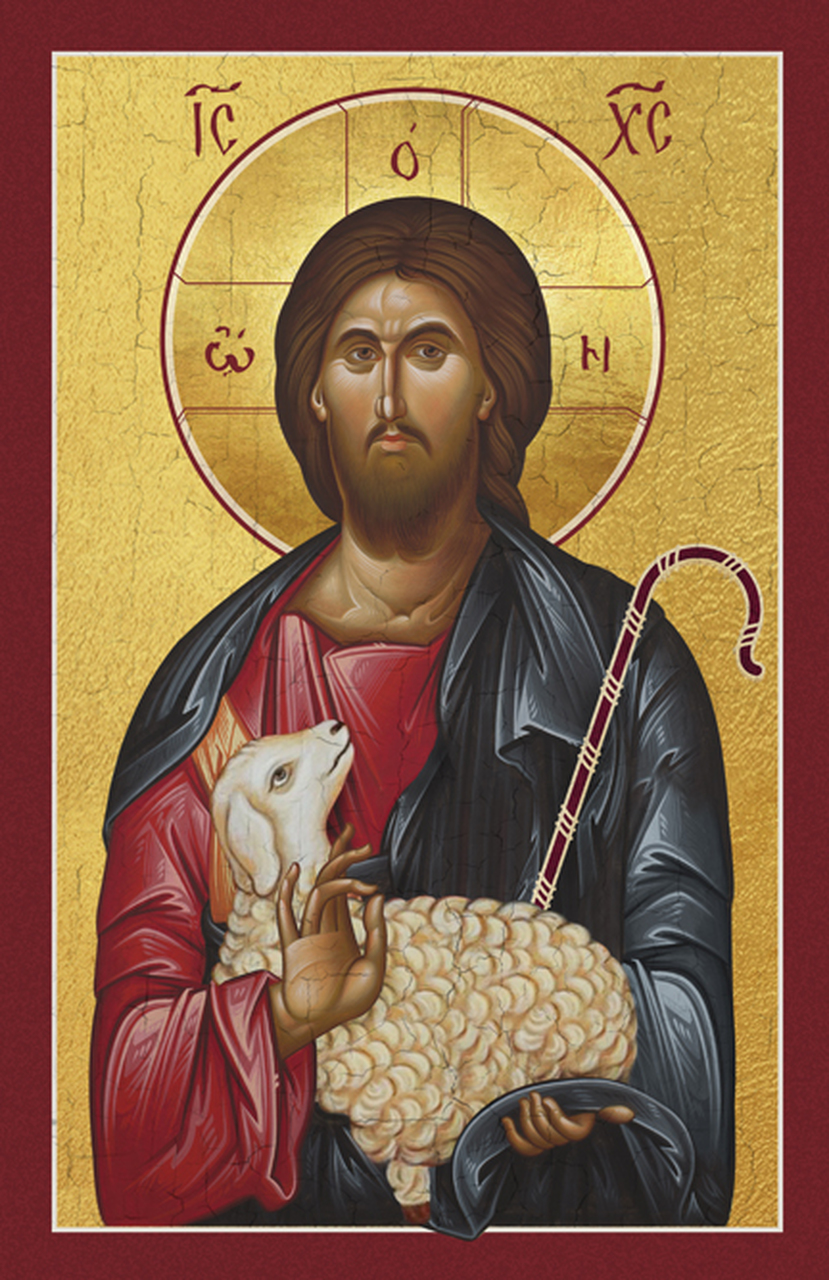 ‘The sheep hear his voice.’

To be man is to know the voice of the Shepherd.

It is written that, as the first man was made, of dust and mist, formed into the glory of his beauty, the Lord God Almighty breathed into Him life. Some think this a mere poetic trope. ‘The breath of life,’ as when we give CPR to a drowning man. But God does not breath, for He has no need of air, or any created thing. So what does it mean that He breathed into man breath?

Many things are made of breath: a sigh, a laugh, a gasp, a cry. But above all these things, one thing made of breath bears dominion: speech. Words are things born of breath, made of air.

The Lord breathed upon Adam, that is, He spoke to Adam, even if only in groans too deep for words. And in hearing this speaking, Adam became not merely another animal among animals, but a living spirit, for he had received the Word of the Him who is Life, whose words are spirit.

This day we hear a parable, of sheep who hear only the voice of their shepherd, and who will not follow the voice of a stranger.

Are you not the sheep of His flock, and the herd of His pasture? Yet you hear many voices; the last, lost whispers of the idols that our Lord has come to destroy; those words out in the world and within our souls which entice us to created things. Hear you not the call to pride? Pride is the first and most base of all idols, for by it, even Cain was deceived, believing that by offering in blood his brother, he would make a more perfect sacrifice.

Hear you not the call of power? Power is but pride disguised, as is influence, which is but power anointed with dignity. Both are but gods made with hands, destined to pass away in the final judgement.

Though none admit it, yet all long after the siren song of wealth, for with wealth, so many good things, for friend and family, could be wrought. But even as we believe we possess wealth, wealth possesses us. We check our savings account to make sure we have enough to live on, to retire on; what we really check is whether or not that which we are saving shall save us when we need to rest, when we need to live. We do not call it ‘our savings’ for nothing.

And what of recognition and fame? Even in a small town, even in this small state, we all wish to be remembered by our fellow man, for we believe that if men no longer speak our name, our name shall no longer exist. So St. Paul wrote that we began to worship images resembling mortal men, for the praise of mortal men we desired more than the glorification of eternal God; the God that exalts the lowly; the Lord that enthrones the forgotten.

There is no use in going on. We have no lack of gods who entice us, who plead with us, who seduce us, who call to us. These gods were worshipped in vast temples by great nations for millennia. Now they are worshipped in secret in the hidden sanctuaries of the hearts of sinful men. And from these sanctuaries, they call.

And they are no mere metaphors or illustrations; illusions which we use to explain Freudian forces that strangle our minds; for they have power, true power over us, over our deepest longings, for they are the gods of this world.

It is for this reason that the Lord who spoke to Moses did not say that He would disprove or dismiss the gods of Egypt and all the pagans, but punish them. Even as He speaks again through Jeremiah, saying that He will ‘punish Amon, and the god of Thebes, and all the gods of Mistraim. Indeed, it is written, ‘The Idols of Egypt shall tremble before the Lord.’

In desperation do the old gods whisper to us, for they have been vanquished by the first, true, only and noble God, the Lord Christ, the victorious, whose name shall make all spirits keep silence, and all men shout out in praise.

For on the cross, He was lifted up, to do battle with the spirits of the power of the air, yes, that air that you breath, that wind that you hear, the voice of the passing world. Centurian and Sadducee, Pilate and Pharisee derided this bleeding king of Israel, and with them, every voice on earth, and below the earth. Indeed, all hell mocked the death of God, even as now, all earth jokes that God is dead. Hell speaks to earth, earth imitates hell. This is the world we wished for in our evil.

Yet heaven, earth, and hell, are all silenced; for on the cross, my Lord spoke in the silence of His voice ‘It is finished’, and, it is written, ‘He gave up His spirit.’ There, He descended into hell, to quiet those who sit in the seat of scoffers.

And yet, before His descent, ‘he gave up His spirit’. For ‘His words are spirit.’ In His death, He spoke, and His sheep hear His voice.

You, who are but sheep, but animals; hear the voice of your good Shepherd, for from His cross He leads you. Revile the cries of the idols, these shrieking things, whether from the world without you or the hell within you; and follow. For they are but thieves who come only to steal and kill and destroy, but the Shepherd leads.

He leads to a land of verdant earth and flowing water. And there He shall form you. He shall call you by a name, a name that only you and Him know. And there, in the Resurrection of the dead, having brought you up from the dust of the earth and the water of baptism, He shall again breath His word into you, that you may be as He intended you from at all eternity, a living spirit.

And what word shall He breath? Perhaps, simply, the last words of any satisfied craftsman or fulfilled laborer, when he has accomplished what He set out to create: