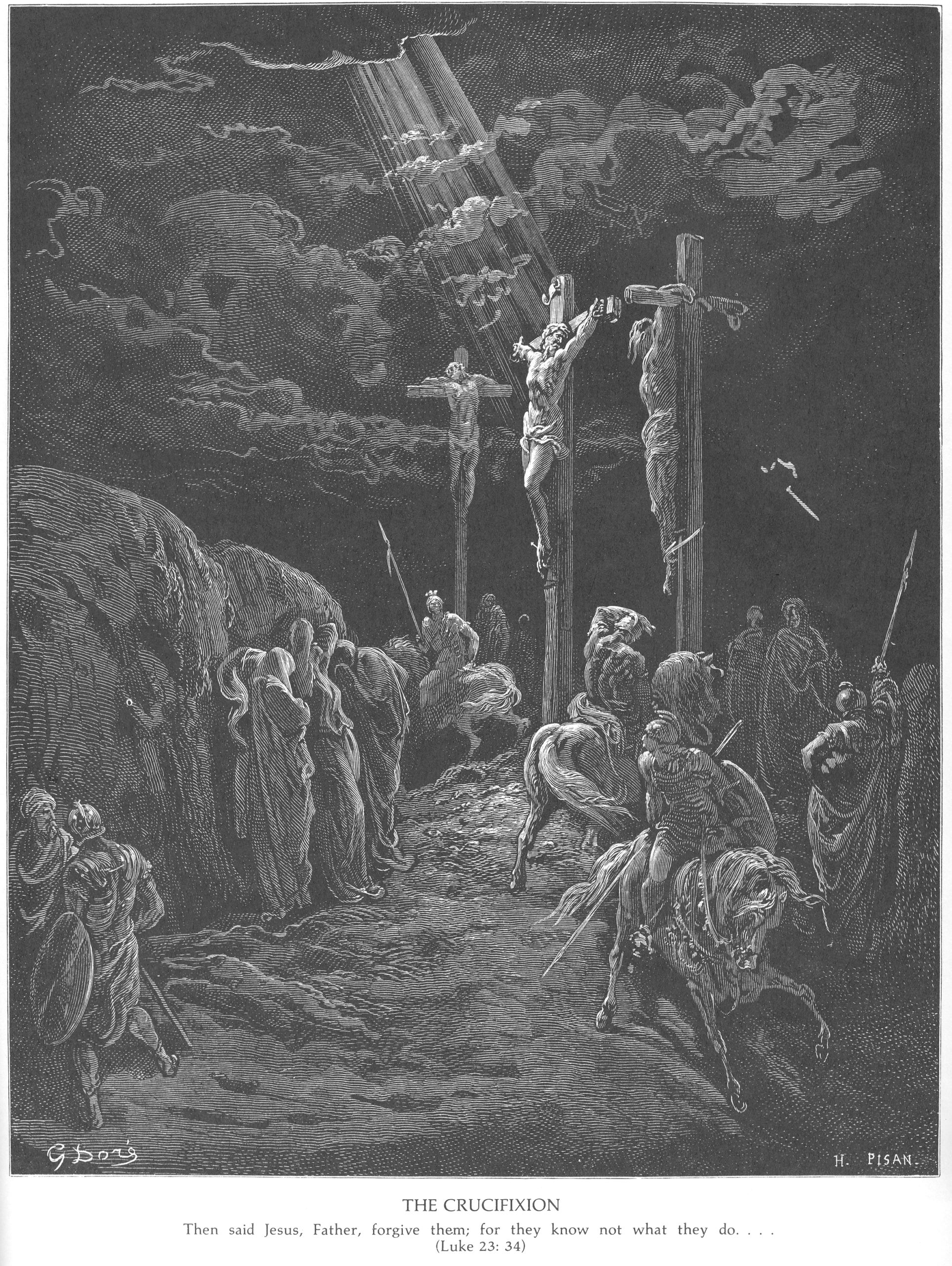 Sermon for the Fourth Sunday in Lent

‘And as Moses lifted up the serpent in the wilderness, so must the Son of Man be lifted up, that whoever believes in him may have eternal life.’

‘What man has made crooked, God has made straight.’ It is not the will of God to destroy that which is crooked. It is not His will to break that which is evil. For it is wrath which brings destruction upon what is wicked. It is love which brings that which is good out of what is wicked. It is love that transforms that which is detestable into that which is worthy of adoration. It is the very wisdom of God that He, in love,  makes straight what is crooked, and brings goodness out of evil; that he makes sweet the bitter waters; that He ‘scatters the proud’ and ‘exalts the lowly.’ Indeed, Our Lord teaches us, ‘The last shall be first, and the first shall be last.’ For ‘what man has made crooked, God has made straight.’ For ‘the stone which the stone-workers cast aside has become the corner stone.’

The ungrateful children of Israel cursed the Lord, and grumbled within their wicked hearts, and so brought upon themselves a plague of fiery serpents. They spread throughout the camp, venomous, to bring poison into the blood of all the people who would despise the Lord of all. Yet, God does not do this to destroy Israel, but to deliver them; for by such chastisement, they shall be delivered from their faithlessness into faith. See then, how the Lord makes of His unbelieving people a believing people, and see how.

The Lord does not strike down the serpents. He does not command them to retreat into the wilderness either. Rather, they remain, but Moses casts a bronze serpent, and sets it to be displayed high up upon a pole, that whoever looks upon it may not die, but live.

‘What man has made crooked, God has made straight.’ Behold, how now the very image of death has become the image of life. See how the serpent which brought poison into the camp of Israel has now become the serpent which shall bring healing to them. For it is the pleasure of God to make that which is bitter, sweet, and that which is hateful, beautiful.

Our Lord likens Himself to the serpent lifted up in the wilderness. More specifically, he likens his Crucifixion to the lifting up of the serpent in the wilderness. And why is this? That he might demonstrate His divine glory, in showing that out of every detestable thing, He has forged the salvation of all humanity, the beatific vision, and everlasting life.

What is His cross, but a tree? Remember, then: it was by a tree that man effected his damnation. For in disobedience, he desecrated that which was holy to him, set apart, and ate of the fruit of its branches. In this, he brought the curse of death upon himself, and all his children.

What is born within this man, but venom? For it was only the tree, and man’s will, which led to our downfall. There was also a serpent; that great dragon who in envy of God and of God’s image determined to destroy God’s image to spite God himself. The snake whispered seductive deceit into the ears of our first parents, for such was the nature of the poison of his mouth; and such deceit bore godless desires into the minds of Adam and Eve, by which they sought that which was not theirs to have, and disobeyed the Lord.

What is brought within this venom, but death? See that upon the cross hangs not a man, but a dead man, for, believing the lie of the dragon, Adam did not merely fall, but fell into death.

The crucifixion is the most terrible and harrowing of images. It is the most gruesome of symbols. Yet, it is written: ‘So must the Son of Man be lifted up.’ He ‘must be lifted up’, ’upon the cross.’ It is necessary. It cannot be otherwise.

Because it is the will of God not to destroy wicked men, but to transform them. It is not His will to abolish sinful human nature, but to redeem it, and in redeeming it, adopt it. To make it His own. To make it as He is, righteous, and radiant.

So He must not abolish the signs of our Fall: the tree, the man, the serpent’s poison, and death. He must redeem them, even redeem them through the wood of the cross.

No longer is the tree a symbol of our fall from the garden, but the staff of our eternal Redemption, upon which forgiveness was wrought for all who look upon it.

No longer is the man which hangs upon it a criminal condemned to eternal death, but the one righteous Man, entering into eternal glory.

No longer is the venom in his blood the sin which shall kill man, but that sin which by the Son of Man shall be killed.

No longer shall the death of man seen on the cross of Christ be considered only a descent into hell, but synonymous with the Resurrection of the Dead and Ascension into everlasting joy for those who have been reborn of water.

See how Our Lord has transformed every figure of our Fall into a single figure of our perfect salvation. See now how the Cross, which, according to our human reasoning, should be hidden and despised as loathsome to looks upon, for all who see according to divine faith.

Over tens of thousands of churches does the Cross and  Crucifixion of our Lord rule. Across countless paintings and sculptures it is recreated over and over again. Upon the walls of ten thousand million Christian homes the cross is presented with triumph, in derision towards sin, death, and the venomous dragon.

Indeed, all that is crooked God has made straight. All that clung to our Old Adam has been renewed within the body of the New Adam. For in him, all that is old has been done away with.

Indeed, hear what Our Lord Jesus tells us:

‘Behold, I make all things new.’