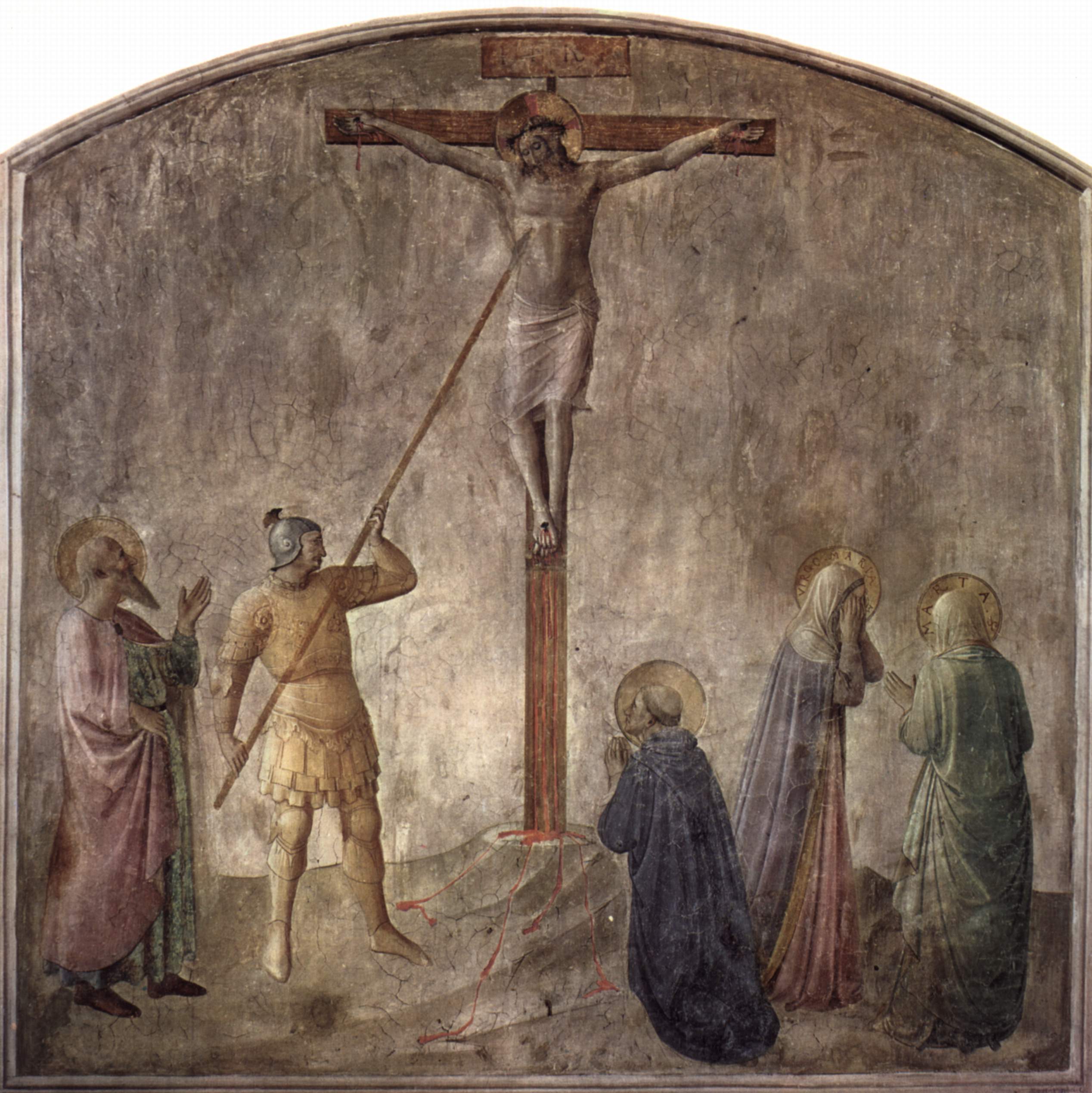 Sermon for the Fourth Sunday after Pentecost

‘Do not think that I have come to bring peace to the earth.’

‘Glory to God in the highest, and peace to his people on earth.’ This was proclaimed by the angels at the Advent of our Lord. But that same God now tells us, that He has not come to bring peace. Rather, He brings a sword.

We Americans are obsessed with talk. We think everything is solved by talk. Every division could be filled with talk. Every diplomatic conflict dissolved by talk. Every four years, there are debates, rallies, commercials, ads, hit pieces; ceaseless chatter, all leading up to the moment of near revolution that we call an election, where all the talk quiets in the casting of a ballot; and in that moment, the talk stops, the rebellion is over, a new leader is chosen, and the cacophony ends. That is, until the next day, when the talking resumes: praise, polemics, griping, complaining, lamentation; talk. We have talk-radio. We have talk-shows. Even our clocks go ‘tick-tok.’ Some even go ‘cuckoo.’ So obsessed we are with the power of rhetoric, the might of sounds; we think the world is changed by the utterance of words.

In previous times, this belief that reality could be changed by the speaking of the right words was called by its proponents magic, by its detractors, sorcery; whatever the case, both are condemned by the Scripture of God; and for a simple reason, for though by God’s speaking, reality is created; by man’s speaking, only falsehoods are made, for it is written: ‘all men are liars.’

In the world of men, in the fallen coil in which we live, infested with sin, ruled by demons, conquered by vice, peace does not come by mere words.

Was our independence from a distance continent bought by reasonable words, or with the sword, and with blood?

Was slavery abolished in this nation with polite orations, or with the sword, and with blood?

Was this world saved from the totalitarian ambitions in the last century by diplomatic discussion? Indeed, it was speeches and articles and columns that allowed the tyrants of the last age to rise to power. It was the bullet and the bayonet that cast down the mighty from their thrones. That is to say, it was the sword, and blood; blood enough to fill the Nile. For only a Nile of blood could break the will of the king who would be god.

You see, this is how it is in our broken world. The angels may declare peace, for among angels, speaking peace makes it so; but among wretched men, peace is not the result of much speaking, but of much killing. Peace comes not of agreement, but from conquest and victory. We do not accept peace by the shaking of a hand, but with a blade to our throat. And this not by the will of God, but by the will of man.

Our Lord desired not to abolish mankind, but to assume it, and redeem it. Therefore He became man. But in becoming man, He has entered into the world of men, into the chaos of men, into this wilderness where all men are liars, for we are by birth of our father the devil, who is the father of lies.

To those whom He has redeemed, He has given His word, an endless river of consolations; a garden of wisdom. But before any are saved, we are all children of Adam, we are all sons of Satan; and we, the children of man, living under the tyranny of the devil, need peace; and in this world which we have built, how can that peace be won, but by the only means which man has ever allowed peace to be wrought: with the sword, and with blood?

Rejoice in the quiet then, I tell you, dear Christians, when you read such things of our Lord, that he brings a sword, for such He brings, that you might know peace. A tyrant must be slain; a murderer, who has cast into the house of death innumerable souls. The false father, the Satan of hell, must be slain, that we might know the true Father, who is in heaven.

Yet to meet the enemy in hell, to defeat the tyrant in his own field, our Lord must first descend. And how shall He leave this world of men and descend into hell, to win for us our lives, our salvation, and our peace? In the only way that man has ever allowed: by the sword, and by blood.

‘So one of the soldiers pierced Jesus’ side with a blade, and forthwith came there out blood.’

‘The Word was made flesh’, and talk has been made blood, for only by blood could the mouth that speaks lies be stopped.

More could be said, about how a man shall be set against his father, and daughter against mother. But let this be enough, and think of these words you have heard; and now having received the word, then this day receive His blood, shed by the sword, the lance, the nail and the scourge; drink of it all of you, for such is the way of God made man:

‘That apart from the shedding of blood, there is no forgiveness.’

So in the drinking of His blood, the peace of the Lord shall be with you always. That you may leave this world of deception, and hear with the angels the voice of the Lord, where there are no lies, but only the Word, who was in the beginning, whose utterance our eternal life creates.

‘For thy word is true from the beginning: and thy righteous judgments endure forever.’