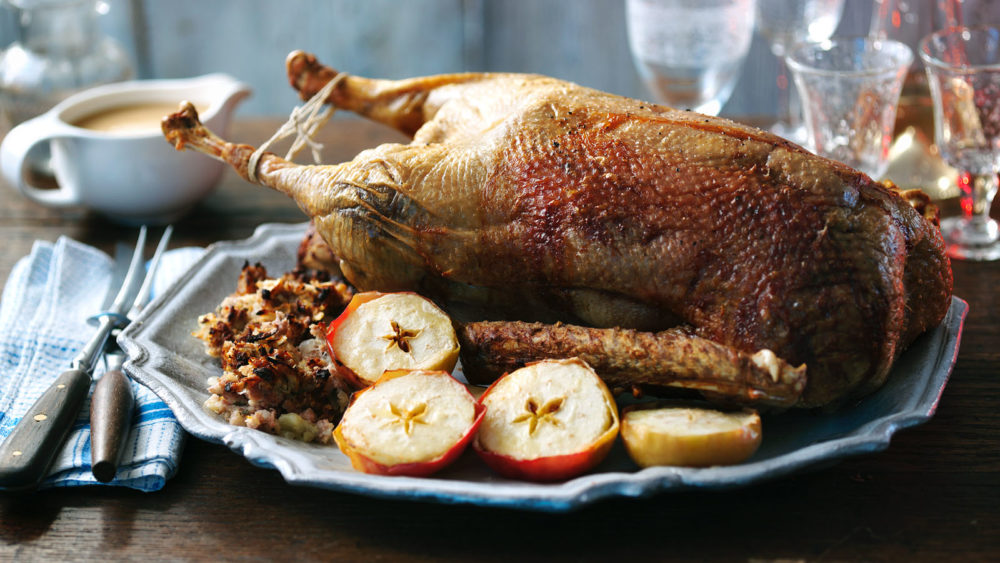 The Feast of St. Michael and All Angels is celebrated on the 29th of September, and as all great feast days, it comes complete with old, happy traditions to compliment the solemnity of the Sunday Liturgy.

Perhaps the most common way to celebrate Michaelmas around the world is by having goose for dinner. The goose, in olden times, was fed from the stubble of the fields at the end of the harvest. Eating a goose, therefore, meant that there had been a good harvest, which meant that God had guarded and protected the simple necessities of food, fulfilling the ancient prayer that ‘the eyes of all look to you O God, and you give them their food in due season. You open your hand and satisfy the desire of every living thing.’ If God had guarded the harvest, it was thought that He surely did so by means of His servants, the angels. Therefore, in thanksgiving to God and all His angelic host, a goose was eaten.

For similar reasons, some places would eat a large cake or loaf of bread, known as a ‘St. Michael’s Bannock’, to celebrate a successful harvest, which entailed that God and his angels had defended the simple people for another year that they might grow and enjoy their simple food. In Ireland and Scotland, it was a tradition to place a ring or coin within the cake or bread, with the belief that whoever received the slice which had the ring within it would be especially blessed by the angels.

An entirely unrelated tradition, based on an apocryphal tall tale, states that when Satan was cast out of heaven, he landed upon the thorns of a blackberry bush, and that one should therefore eat blackberries on Michaelmas since the blackberry bush did, after all, deliver the ‘last blow’ to Lucifer.

So whether you go all out with a roast goose, or lay back and bake a cake or blackberry cobbler, or cook nothing at all, remember on the Feast of St. Michael that God has so loved you that He has found it fitting that even the celestial army should be given in service to you.