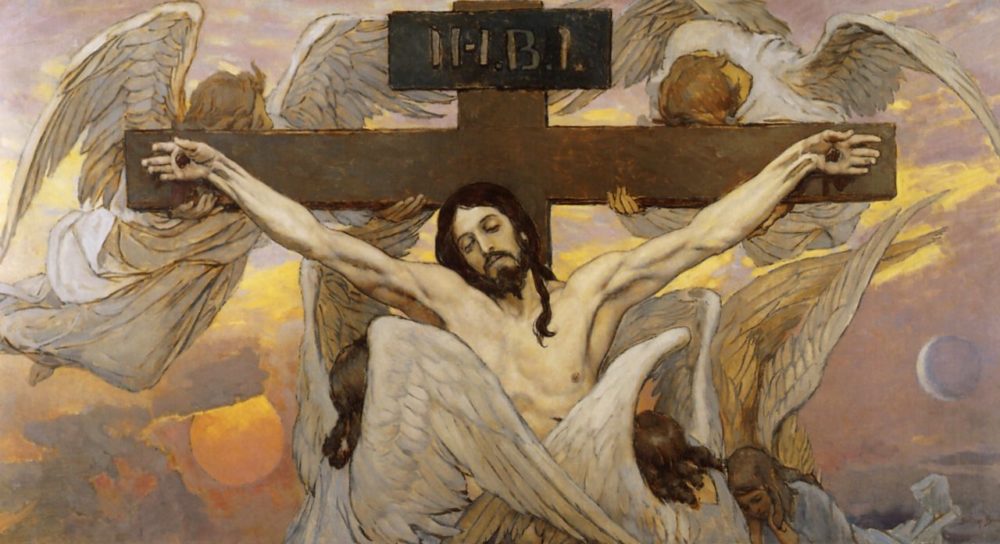 He was in the beginning with God.

All things were made through him, and without him was not any thing made that was made.

The true light, which enlightens everyone, was coming into the world.

He was in the world, and the world was made through him, yet the world did not know him.

He said, “My soul is very sorrowful, even to death;

remain here, and watch with Me.

And they laid hands on Jesus and seized Him” (v50).

He said, “Have you come out as against a robber, with swords and clubs to capture Me” (v55)?

And all the disciples left Him and fled (v56).

Those who had seized Jesus led Him to Caiaphas the high priest (Mat 26:57)

and they sought false testimony against Jesus that they might put Him to death (v59).

“What further witnesses do we need,” they asked.

“What is your judgment,” they asked.

And they answered: “He deserves death.”

Then they spit in His face and struck Him.

And some slapped Him, saying, “Prophesy to us, you Christ!

And they led Jesus to the governor’s headquarters.

Then Pilate took Jesus and flogged Him.

And the soldiers twisted together a crown of thorns and put it on His head and arrayed Him in a purple robe (John 19:1-2).

Pilate said, “Behold the man!” And they cried out,

Pilate said, “Behold your King!” And they cried out,

The Word who IS God, came into the world, and still the world does not receive Him.

He invites US to keep watch and pray, and still we sleep.

The world rises up against Him, and still we flee.

Lies are spoken about Him.

Governors reject the truth of His Word.

And we hand Him over by our sin, that we, too, may crucify Him.

“Away with Him” we cry when His Word stands between us and the profane slop we would have to satisfy our sinful cravings.

The curtain in the temple is torn from top to bottom.

And from His pierced side, there now flows the blood and the water (John 19:34) –

the gifts of salvation –

the cleansing flood that washes away the sin of the world;

the blood of the Lamb who takes away the sin of the world,

the fruits of the cross that bring light and life and forgiveness to the sin of the world.

And from all those who receive Him –

from those who believe on His Name, there now comes the glorious confession,

For we have seen His glory, glory as of the only Son of the Father, full of grace and truth (John 1:14).