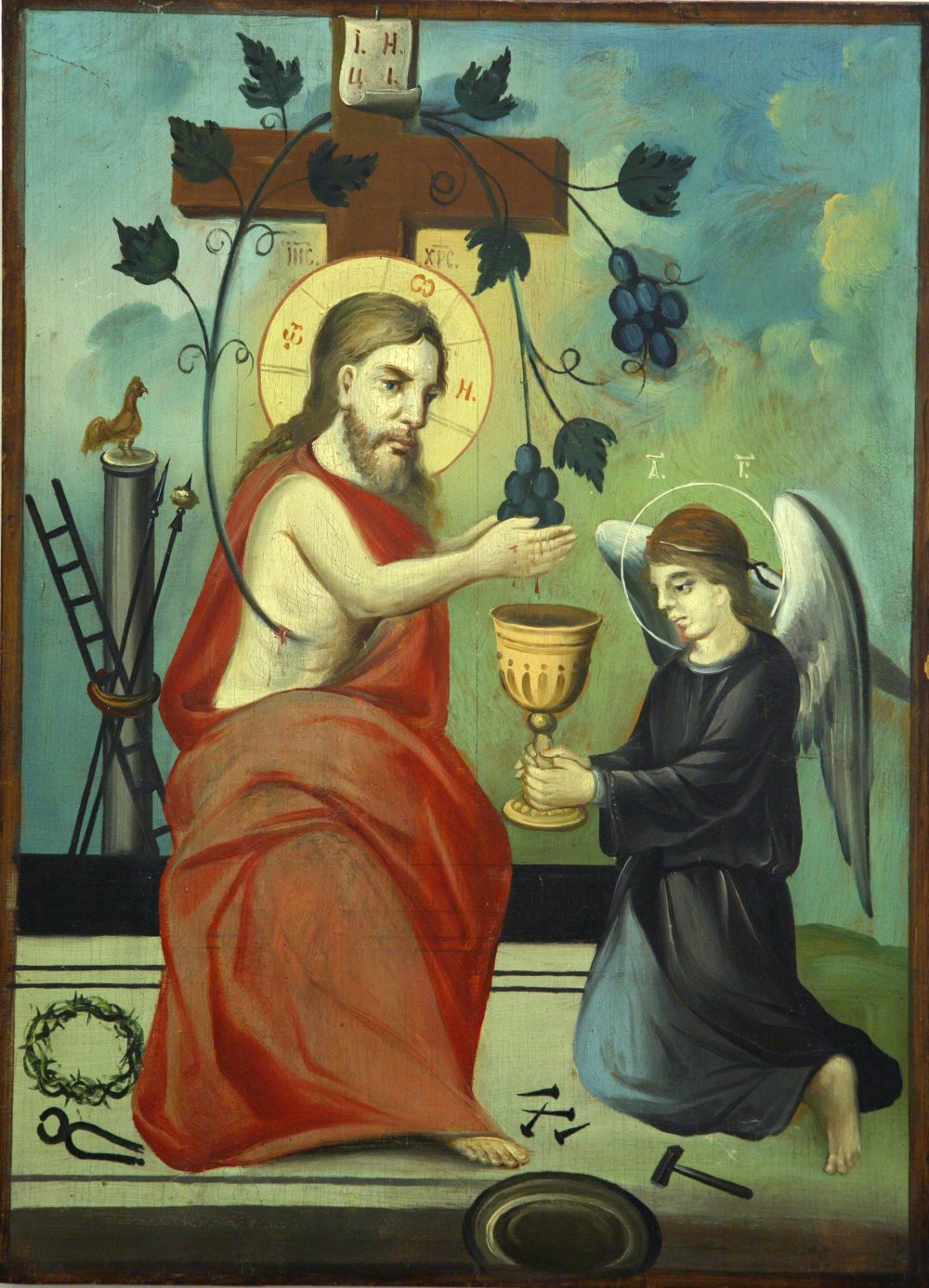 Sermon for the Third Sunday in Lent

“The Lord is patient toward you, not wishing that any should perish, but that all should reach repentance.” (2 Peter 3:9)

By our very nature, we seek to order the world around us in a way we think will create peace and order and predictability and control.

We strive for a world where problems get fixed, where good things happen,

and where death simply does not fit into the equation!

a world so far removed from any real understanding of sin and its consequences, that even the call to repentance is not only irrelevant, but may actually be classified as hate speech!

“Me, a miserable sinner? How dare you speak to me that way!

At least I’m not as bad as THAT guy; I’m trying to do the right thing –

I can justify myself!

And that’s what being a Pharisee basically boils down to…

To be a Pharisee is to be chosen by God, to be “planted in the vineyard,” as it were, and yet to remain fruitless in terms of repentance.

For to be a Pharisee is to hear the Word without hearing,

to be given the gifts without receiving them,

to be shown the Way of life, and then to reject it.

no use for the language of dependence that confesses our helplessness –

let alone any use for the language of faith that looks to help from outside of ourselves.

For the way of the Pharisee is the way of self-sufficient, self-contained, self-righteous self-justification that expresses great confidence in ourselves and “our faith” and devotion to God.

It even expresses a great concern at the tragic death of those Galileans whose blood Pilate had mingled with their sacrifices:

What had those poor losers done to hack-off God this time?

It must have been pretty bad, right?

To which Jesus basically answers, “You guys just don’t get it, do you?

I mean, do you really think these Galileans were worse sinners than all the other Galileans,

or that they were worse sinners than all of YOU, because they suffered in this way?

Dead is the wages of sin.

Dead is what ALL of you ARE, sooner or later.

And unless you repent – unless you turn from your deluded, self-ordered, self-righteous worldview,

dead is what you will remain!

You can die like those 50 people whose blood was mingled with their prayers at the mosque in New Zealand last week,

But whichever way you go, dead is dead!

Dead IS the wages of sin.

Dead IS what I have come to rescue you from –

But dead is what you will remain unless you repent – unless you confess your sin and your need for a Savior, and place your fear, love, and trust in Me for your forgiveness, life, and salvation.

For you cannot save yourselves from the curse of sin and death! You cannot create and sustain a new paradise – you cannot make a kingdom for yourselves where this ends any other way.

which is actually a little story about you and me.

And we KNOW that this story is about Israel and the Pharisees and you and me, because we have heard it all before from the prophet Isaiah.

The Lord planted a vineyard…

“And this vineyard of the LORD of hosts,” according to Isaiah, “is the house of Israel, and the men of Judah are his pleasant planting;

and he looked for justice, but behold, bloodshed;

God had called and gathered a people to Himself – His Church! And all He wanted was for them to live under Him in His kingdom in righteousness and purity forever, but they would not.

All He wanted was for them to turn from their wicked ways and live, but they would not.

All He wanted was for them to receive His forgiveness and live at peace with Him and in love toward one another, but they would not.

So He zapped ‘em…

He destroyed the vineyard.

He gave them over to their sin and death, and nothing but a stump remained.

And what does this have to do with the Pharisees?

What does this have to do with us?

The fact is, we are all in the same position as ancient Israel.

For God has planted US in His vineyard.

He has called and gathered US to Himself through Baptism.

And He simply wants US to live under Him in His kingdom according to His Word.

And yet, we barely even know His Word, and we are constantly going our own way. (Can you even list the 10 Commandments?)

We are continually acting as if God did not exist, justifying ourselves, and making a world for ourselves –

deluding ourselves every step of the way that God loves us just the way we are.

“Woe to you Pharisees!”

Just a few verses before today’s reading, Jesus made it clear where we stand:

“You make a show of tithing while neglecting justice and the love of God.

You make a show of going to the church holding yourselves up as good people in the eyes of the world.

You expect people around you to behave in a certain way, but make exceptions for yourselves all the time.

Woe to you, you hypocrites!

You are like whitewashed tombs, beautiful on the outside, but full of all uncleanness on the inside.

You may appear righteous to others, but within, you are full of hypocrisy and lawlessness” (Matt 23:27-28)…

I can’t think of a better way to describe myself, which means I’m fixin’ to die.

And if you’re a sinner like me, so are you!

For the ax is laid at the root. And unless you live in repentance –

unless you turn from your wickedness, return to your Baptism, and live the life God has desired for you,

then dead is what you will remain for eternity.

Jesus speaks some pretty harsh Words here, no doubt about it… But they are Words of invitation!

For after that, He does something interesting –

He actually goes on to act out the very parable He is preaching.

You see, the Pharisees, like all of us and like the fig tree in the story, are in trouble.

In our old Adam, there IS no fruit of repentance, no acknowledgement of sin, no fear, love, and trust in God –

and so we deserve to be cut down.

But the Vinedresser, Jesus, now intercedes for us.

He stands between us and the ax –

between us and the wrath to come, doing what is necessary to save us.

He pleads to the Master on our behalf, basically saying, “Wait…

Surely You have no pleasure in the death of the wicked, but that the wicked turn from his way and live… (Eze 33:11).

Let me do what I can to save them…”

He throws Himself between you and the ax, suffering the wrath and destruction you deserved in order that you might not be cut down.

And then He GIVES you the repentance you need for life and salvation.

“God raised Jesus to His right hand as Leader and Savior TO GIVE repentance to Israel” (Acts 5:31) according to Acts Ch. 5.

“Then to the Gentiles also GOD HAS GRANTED REPENTANCE that leads to life” – Acts 11:18.

In other words, repentance, which is nothing other than contrition for our sin and faith that trusts in God’s forgiveness is always the gift we are receiving in Christ crucified and risen.

Jesus, our Vinedresser, digs deep and exposes the roots of our sin with His Word of Law,

and He applies the Good News of His Gospel.

He nourishes us with His own Body and Blood to bring us to new life.

And when we simply receive the gifts He pours out –

when we admit we are sinners in need of His forgiveness,

then we are indeed bearing the fruits of repentance –

God’s life, God’s order, and God’s purpose by which we live under Him in righteousness and purity forever.