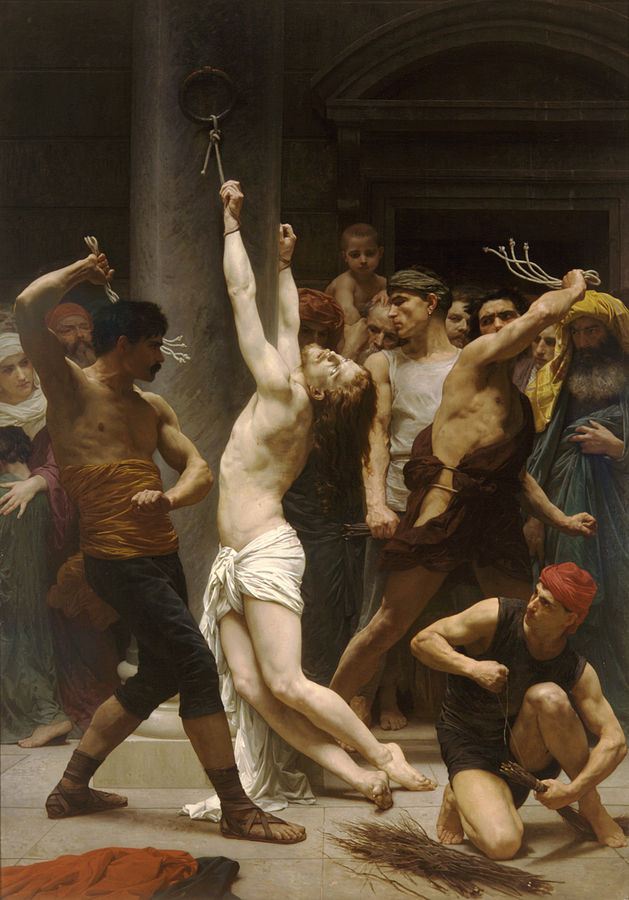 Sermon for the Fourth Wednesday of Lent

‘Never open your mouth again because of your shame, when I atone for you for all that you have done, declares the Lord God.’

Yet now we come to a seemingly more difficult petition: ‘Forgive us our trespasses, as we forgive those who trespass against us.’

This confuses us, for Christ committed no sin. ‘For knowing every human weakness, yet without sin’ did He live His life. So how is it that He begs forgiveness?

We are confused by this petition because we do not understand what it is that we confess when we pray during Holy Liturgy on the Lord’s Day ‘Who for us men and for our salvation was incarnate by the Holy Spirit of the Virgin Mary, and was made man.’

‘For God hath made him sin, who knew not sin, for us.’

Christ committed no sin; but all sin is His, for He has become all in all. And in becoming the alpha and omega, the beginning and the end; in becoming Him in whom we live and move and have our being, has He not become all that is within our being, our wretchedness, our misery, our hatefulness, our malice, our anger, our envy, our alcoholism, our gluttony, our sorrow? Has He not become all in all?

Christ committed no sin; but all sin is His. So He has become the greatest of all sinners. And all the Lamb of God, who beareth upon himself the sin of the world, He prays. ‘Forgive us our trespasses.’ ‘Us’ it is written, for when He prays, He prays that the sins which were ours, but that He now bears, be forgiven.

And how shall they be forgiven? See how a woman of sin weeps at His feet. See how He lifts her up. See how He rebukes the disciples and Pharisees and the supposedly righteous. See how He tells this damned soul ‘Your sins are forgiven.’

I tell you, this is nothing. For in time, as the bearer of all mankind’s sin, all mankind shall exact vengeance against Him. The Sadducees and Pharisees shall plot His demise. The disciples shall forsake His name. The Jews shall demand His murder. The Gentiles shall grant their desire. All shall exact from Him innocent blood. And innocent blood shall they have.

Blood, drawn unto a scourge and a lash. Blood splashed across the pavement of Jerusalem’s whipping post. Blood strewn upon the faces of jeering Roman soldiers. Blood dripped onto the road of suffering leading to Golgotha from innumerable wounds and injuries. Blood upon the nails of the cross. Blood soaked into the wood of the cross. Blood, pouring forth from hand and foot and rib onto the virgin earth. Blood, spread across miles of the Judean desert. Blood, which you bring to your lips every Sunday. This blood, which speaks a better word than the blood of able.

Blood, which prays, from the pavement, from the cross, from the earth, from the chalice: ‘Forgive them Father, for they know not what they do.’

This is our God, our Lord, who loved us.